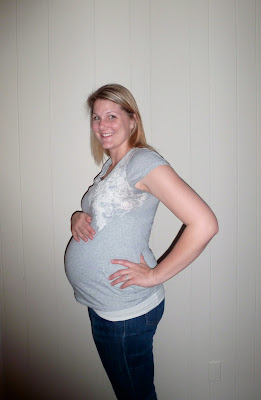 here we are at 29 weeks!
into the 3rd trimester!
my o my it is going fast.

all of the sudden i kind of feel like a whale. everything is just getting bigger!
i'm currently eating lots of chocolate chip cookies (maybe that's why i feel like a whale...) & trying my hardest to stay away from pringles.
i'm still sleeping pretty well. so thankful for that!
the heartburn & sciatica are not constant, which is nice.
i'm pretty much always exhausted.
bending over is getting really difficult.
i felt the baby have the hiccups for the first time!
manny and i booked a "babymoon" of sorts for the end of April- going to Orlando after he's been there for a work conference to relax & enjoy the warmth!

baby #2,
we are so very excited to meet you. at times, 11 weeks seems like an eternity & at other times, it feels like it is way too close. i'm praying for your health, your heart, your mind, and your life. that God may be a part of it all. that you would love Him like no other. that your life would be a reflection of His greatness.
we love o-so-very-much.
Posted by Kimberlee Pollard on Monday, March 25, 2013 No comments:

Email ThisBlogThis!Share to TwitterShare to FacebookShare to Pinterest
Labels: baby #2

after over a month of putting it off, manny, joshua, and i braved the snow and trekked down to "cool cuts for kids" to get our little man his first haircut! 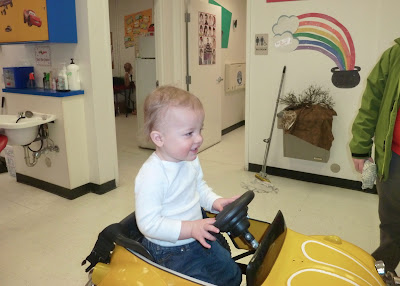 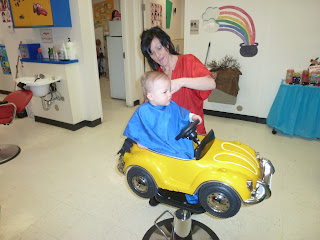 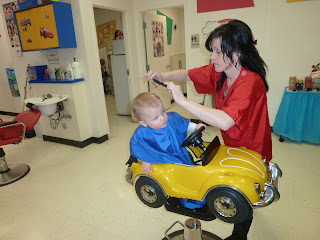 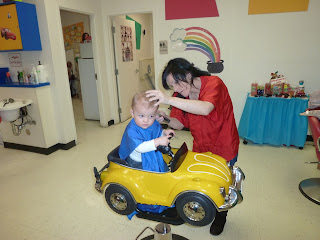 "oh, everyone is saying i look cute... and this tickles!" 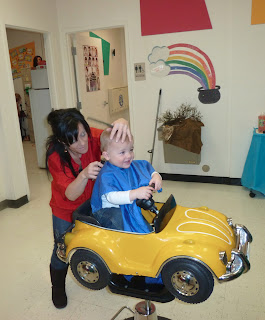 all done! our handsome boy! 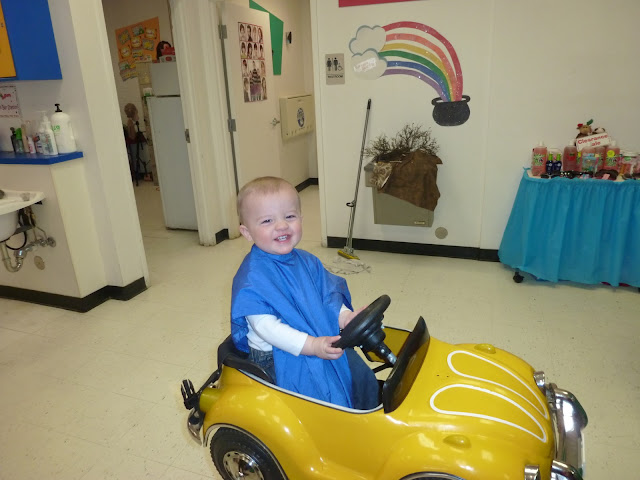 Posted by Kimberlee Pollard on Monday, March 25, 2013 No comments:

it happened today... for the first time... i'm sure it will happen many more times.

daddy had to take joshua out of the restaurant.

we're so new at this. this discipline thing.
this "you may not act like this"
this "you need to obey your momma and daddy"
this "this is not how we respond"

and my goodness has our boy been giving us plenty of opportunity to learn!
he's yelling, even hitting, he's having tantrums, and yelling, and yelling some more. 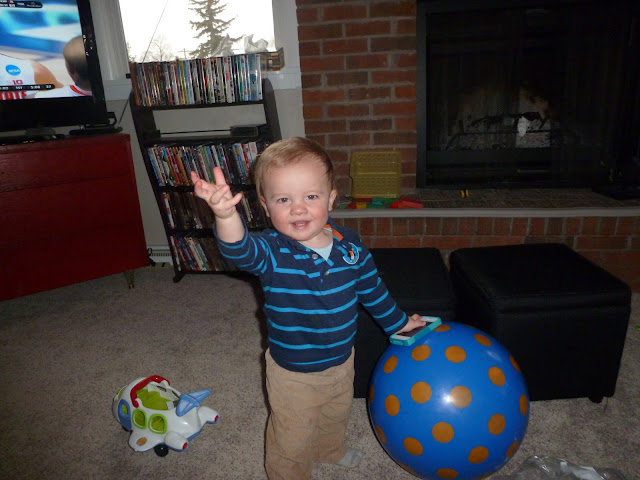 Posted by Kimberlee Pollard on Monday, March 25, 2013 No comments: 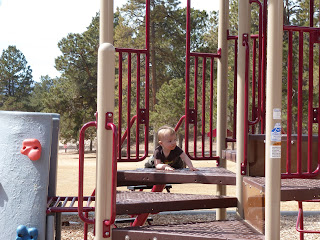 the weather has been warming up a little bit lately...
some days we just walk around our lack of an actual yard and play in the dirt,
some days we go to the park.
either way joshua has a blast! 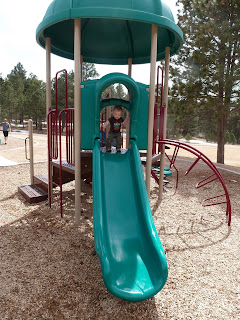 joshua has been loving the slides at the park.
he had been climbing up the play structure, sitting down himself, and then going to the slide over and over having the time of his life! so i decided to go over and take a picture. this was the only picture i got because instead of sitting down he just stepped right off! i did my best to catch him but was pretty unsuccessful :(
thankfully he's a tough guy & was back to playing in about 2 minutes. 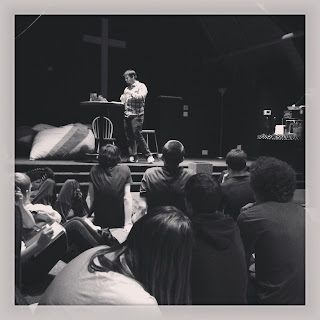 last weekend, we took our youth kids on the 1st ever
AlethiaYouth Ski Retreat 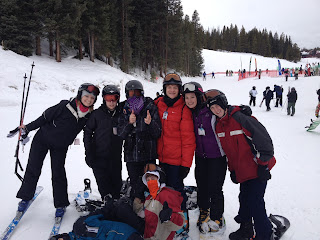 really a great weekend of late nights, skiing, and being together.
i was in charge of all the non-skiing kids- we went tubing & did a scavenger hunt & ate :)
we did have one injury- a leader got a concussion while snowboarding :(
i spent the majority of Saturday evening with her at the med center & then hospital.
it was scary for sure, but thankfully she's doing just great now and it wasn't anything too serious. 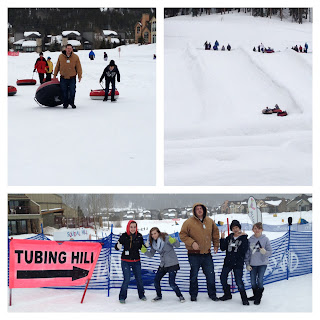 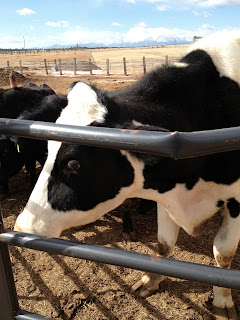 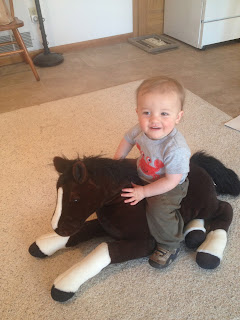 and lastly, joshua riding the horse at Auntie Karla's.
so cute!
{only 1 month till the wedding!!!!!!}

Posted by Kimberlee Pollard on Wednesday, March 20, 2013 No comments:

was reading this passage this evening.
wow.

Now faith is confidence in what we hope for and assurance about what we do not see.

By faith Noah, when warned about things not yet seen, in holy fear built an ark to save his family. By his faith he condemned the world and became heir of the righteousness that is in keeping with faith.

By faith Abraham, when called to go to a place he would later receive as his inheritance, obeyed and went, even though he did not know where he was going. By faith he made his home in the promised land like a stranger in a foreign country; he lived in tents, as did Isaac and Jacob, who were heirs with
him of the same promise. For he was looking forward to the city with foundations, whose architect and builder is God. And by faith even Sarah, who was past childbearing age, was enabled to bear children because she considered him faithful who had made the promise. And so from this one man, and he as good as dead, came descendants as numerous as the stars in the sky and as countless as the sand on the seashore.

All these people were still living by faith when they died. They did not receive the things promised; they only saw them and welcomed them from a distance, admitting that they were foreigners and strangers on earth. People who say such things show that they are looking for a country of their own. If they had been thinking of the country they had left, they would have had opportunity to return. Instead, they were longing for a better country—a heavenly one. Therefore God is not ashamed to be called their God, for he has prepared a city for them.

By faith Abraham, when God tested him, offered Isaac as a sacrifice. He who had embraced the promises was about to sacrifice his one and only son, even though God had said to him, “It is through Isaac that your offspring will be reckoned.”Abraham reasoned that God could even raise the dead, and so in a manner of speaking he did receive Isaac back from death.

By faith Isaac blessed Jacob and Esau in regard to their future.

By faith Jacob, when he was dying, blessed each of Joseph’s sons, and worshiped as he leaned on the top of his staff.

By faith Joseph, when his end was near, spoke about the exodus of the Israelites from Egypt and gave instructions concerning the burial of his bones.

By faith Moses’ parents hid him for three months after he was born, because they saw he was no ordinary child, and they were not afraid of the king’s edict.

By faith Moses, when he had grown up, refused to be known as the son of Pharaoh’s daughter. He chose to be mistreated along with the people of God rather than to enjoy the fleeting pleasures of sin.
He regarded disgrace for the sake of Christ as of greater value than the treasures of Egypt, because he was looking ahead to his reward. By faith he left Egypt, not fearing the king’s anger; he persevered because he saw him who is invisible. By faith he kept the Passover and the application of blood, so that the destroyer of the firstborn would not touch the firstborn of Israel.

By faith the people passed through the Red Sea as on dry land; but when the Egyptians tried to do so, they were drowned.

By faith the walls of Jericho fell, after the army had marched around them for seven days.

By faith the prostitute Rahab, because she welcomed the spies, was not killed with those who were disobedient.

And what more shall I say? I do not have time to tell about Gideon, Barak, Samson and Jephthah, about David and Samuel and the prophets, who through faith conquered kingdoms, administered justice, and gained what was promised; who shut the mouths of lions, quenched the fury of the flames, and escaped the edge of the sword; whose weakness was turned to strength; and who became powerful in battle and routed foreign armies. Women received back their dead, raised to life again. There were others who were tortured, refusing to be released so that they might gain an even better resurrection. Some faced jeers and flogging, and even chains and imprisonment.They were put to death by stoning;they were sawed in two; they were killed by the sword. They went about in sheepskins and goatskins, destitute, persecuted and mistreated— the world was not worthy of them. They wandered in deserts and mountains, living in caves and in holes in the ground.

These were all commended for their faith, yet none of them received what had been promised, since God had planned something better for us so that only together with us would they be made perfect.

Therefore, since we are surrounded by such a great cloud of witnesses, let us throw off everything that hinders and the sin that so easily entangles. And let us run with perseverance the race marked out for us, fixing our eyes on Jesus, the pioneer and perfecter of faith. For the joy set before him he endured the cross, scorning its shame, and sat down at the right hand of the throne of God. Consider him who endured such opposition from sinners, so that you will not grow weary and lose heart.

how will my story end?

Posted by Kimberlee Pollard on Tuesday, March 19, 2013 No comments:

Email ThisBlogThis!Share to TwitterShare to FacebookShare to Pinterest
Labels: the Truth 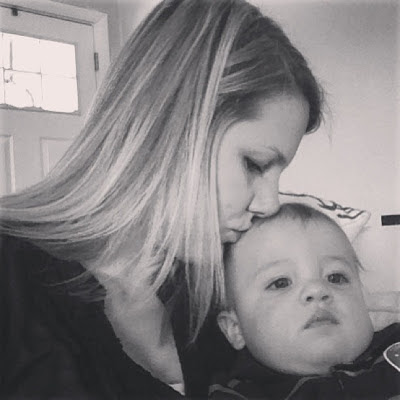 the past few days he started saying
"love you"
it sounds more like "lode u"
it is such a sweet noise.

i love you too little man
more than you will ever know.
Posted by Kimberlee Pollard on Wednesday, March 06, 2013 No comments:

on Saturday we honored my sister, Karla, the beautiful bride to be.

there was cute decorations, gifts & food, 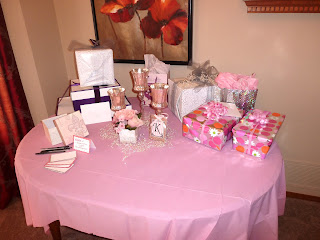 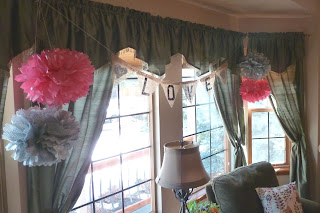 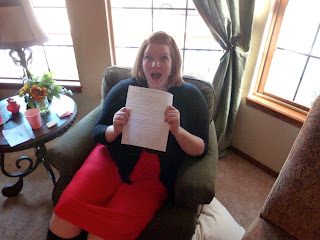 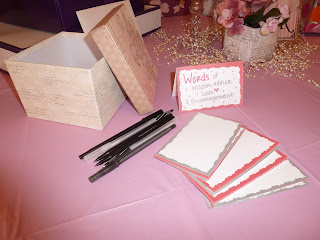 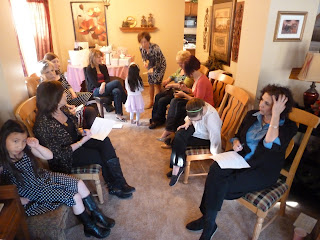 presents to be opened, 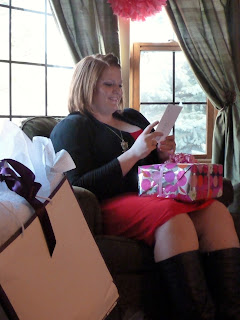 bouquets to be made, 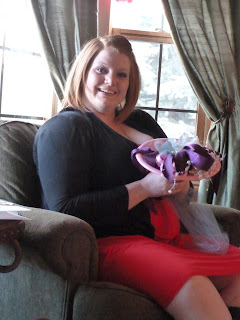 and love to be shared! 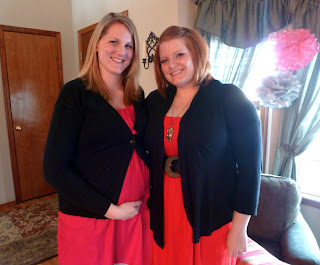 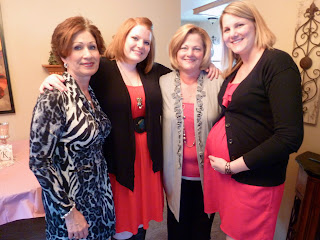 We LOVE You & are so Proud of You! 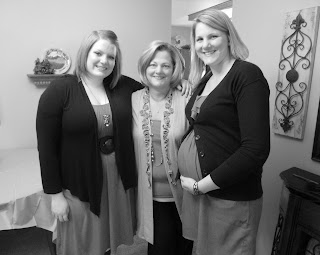 Posted by Kimberlee Pollard on Monday, March 04, 2013 No comments:

in the past 10 days we've gotten 3 pretty decent snow storms.
most of the time, i'm not a very big fan of the snow.
the main reason- i hate being cold.
but i don't know if it is because of my job- that relies on moisture for the grass to grow in the summer and snow in the winter for plowing or my cozy little house...

but i'm warming up to all this snow. 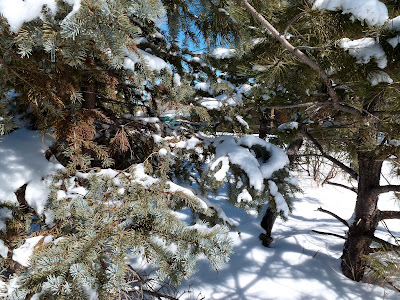 i can chose to look at the snow as a trap...
keeping me trapped in my house with a crazy {recently sick} little boy
with nothing to do besides sweep & mop & eat.

or i can chose to see it as a blessing...
soaking up the nights when youth group gets canceled & we get an extra night together,
staying warm with homemade soup,
playing cars & building towers & reading books,
enjoying the warmth of our cozy little home with our little family.

it's easy to chose trap.
i want to chose blessing.

***speaking of soup- here's a CrockPot Baked Potato Soup Recipe that we LOVED!
Check it out here! We added lots of bacon too :)
Posted by Kimberlee Pollard on Friday, March 01, 2013 No comments:

Kimberlee Pollard
i love Jesus, Savior of the world & my life. i love my husband. our babies are a true gift. i run. i craft. i blog because i don't remember anything... this life, this love is beyond greatness.